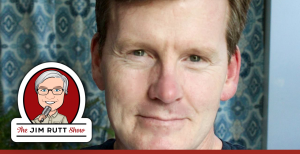 This conversation with Jim and John Robb–author, inventor, entrepreneur, technology analyst, astro engineer, and military pilot–starts by covering the impact of the recent drone attack on a Saudi fuel processing center, and the current US political situation. They then go on to talk about how John compares resistance and the insurgency networks, the dynamics of tribes, institutions & markets in this internet age, the role open-source dynamics play, coherence vs. corruption, how Extinction Rebellion & Game B fit in this picture, the neo-fascism of China & its impact on corporations, the Honk Kong protests, unleashing intelligence agencies on domestic terrorism, how autonomous robotics could impact future military engagements, and much more.

John is an author, inventor, entrepreneur, technology analyst, astro engineer, and military pilot. He’s started numerous successful technology companies, including one in the financial sector that sold for $295 million and one that pioneered the software we currently see in use at Facebook and Twitter. John’s insight on technology and governance has appeared on the BBC, Fox News, National Public Radio, CNBC, The Economist, The New York Times, The Wall Street Journal, and BusinessWeek.

John served as a pilot in a tier-one counter-terrorism unit that worked alongside Delta and Seal Team 6. He wrote the book Brave New War on the future of national security, and has advised the Joint Chiefs of Staff, NSA, DoD, CIA, and the House Armed Services Committee.