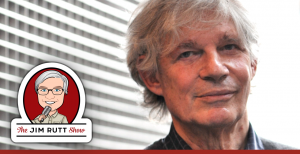 Professor, MacArthur Fellow and author Stuart Kauffman talks with Jim about the major themes of his career: complexity, auto-catalytic chemical sets, protocells and the origins of life, the problem of the error catastrophe, human evolution, social and technical evolution, the Fermi Paradox and much more. Stuart also introduces his new T.A.P. equation and his view that it drives creativity and complexity across many scales.

Stuart Kauffman is a professor at the University of Calgary with a shared appointment between biological sciences and physics and astronomy. He is also the leader of the Institute for Biocomplexity and Informatics (IBI) which conducts leading-edge interdisciplinary research in systems biology. Dr. Kauffman is also an emeritus professor of biochemistry at the University of Pennsylvania, a MacArthur Fellow and an external professor at the Santa Fe Institute.

Originally a medical doctor, Dr. Kauffman’s primary work has been as a theoretical biologist studying the origin of life and molecular organization. Thirty-five years ago, he developed the Kauffman models, which are random networks exhibiting a kind of self-organization that he terms “order for free.” Dr. Kauffman was the founding general partner and chief scientific officer of The Bios Group, a company (acquired in 2003 by NuTech Solutions) that applies the science of complexity to business management problems. He is the author of The Origins of Order, At Home in the Universe: The Search for the Laws of Self-Organization, Investigations, and Reinventing the Sacred: A New View of Science, Reason, and Religion.