Jim talks with Lene Rachel Andersen in the first of a two-part series about her new book Libertism: Grasping the 21st Century… 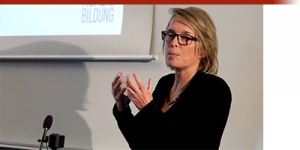 Jim talks with Lene Rachel Andersen in the first of a two-part series about her new book Libertism: Grasping the 21st Century. They discuss rediscovering the word libertism, hypermodernity vs. metamodernity, combining experience from different epochs in fruitful ways, distinguishing metamodernity from metamodernism, why culture is ours and we can change it, gardening rather than designing, random variation in populations, catering to & learning from the outliers, reasoned free speech on the internet, why people with reach have a responsibility to speak up, evolutionarily stable strategies (ESS’s), how the steam engine destroyed craftsmanship, the welfare state as an ESS, the species exclusion principle, coherent pluralism, loops within loops in complex systems, why the bunker-builders will all die of cholera, regenerative agriculture, soil as the real basis of our civilization, finding inflection points, the global climate as a chaotic system, the meaning crisis, how language created the inner/outer duality, providing the services of religion without the metaphysical baggage, participating in the loops of nature, different historical conceptions of the sacred & why we need all of them, religion & social infrastructure, scale-free networks & hubs of meaning-making, whether AI & capitalism can coexist, and much more.

Lene Rachel Andersen is an economist, author, futurist, philosopher and Bildung activist. She heads the think tank Nordic Bildung in Copenhagen and is a member of the Club of Rome. After studying business economy for three years, she worked as a temp teacher before studying theology. During her studies, she wrote entertainment for Danish television until she decided to quit theology, become a full-time writer, and focus on technological development, big history, and the future of humanity. Since 2005, she has written 18 books and received two Danish democracy awards: Ebbe Kløvedal-Reich Democracy Baton (2007) and Døssing Prisen, the Danish librarians’ democracy prize (2012). Among her books are The Nordic Secret (2017), co-developed and edited by Club of Rome member Tomas Björkman, Metamodernity (2019), and Bildung (2020).